Growing up and going to school in the 1980s in the cold, sleepy town Ooty, weekends were not very exciting. One activity I looked forward to was poring over the weekly Saturday Sports Special edition that came with the English daily newspaper we got. It had two chess puzzles. And I used to spend a good hour or two that weekend trying to solve. All I remember was I hardly got the solutions right (the solutions were published in the next week’s edition).

My parents had taught me the rules of the game. But strategies, openings, notations were all alien to me. A decent book store, that stocked chess books, was 4 hours away. And chess books were prohibitively expensive. Over time, just studying the games that were published in the newspaper, I learned notations. My interest in chess didn’t wane much. I believe it’s primarily due to the coverage it had in the newspaper. Back then, Kasparov, Anand, and Topalov were my favorite players. But with no organized learning available, I remained extremely mediocre in chess. 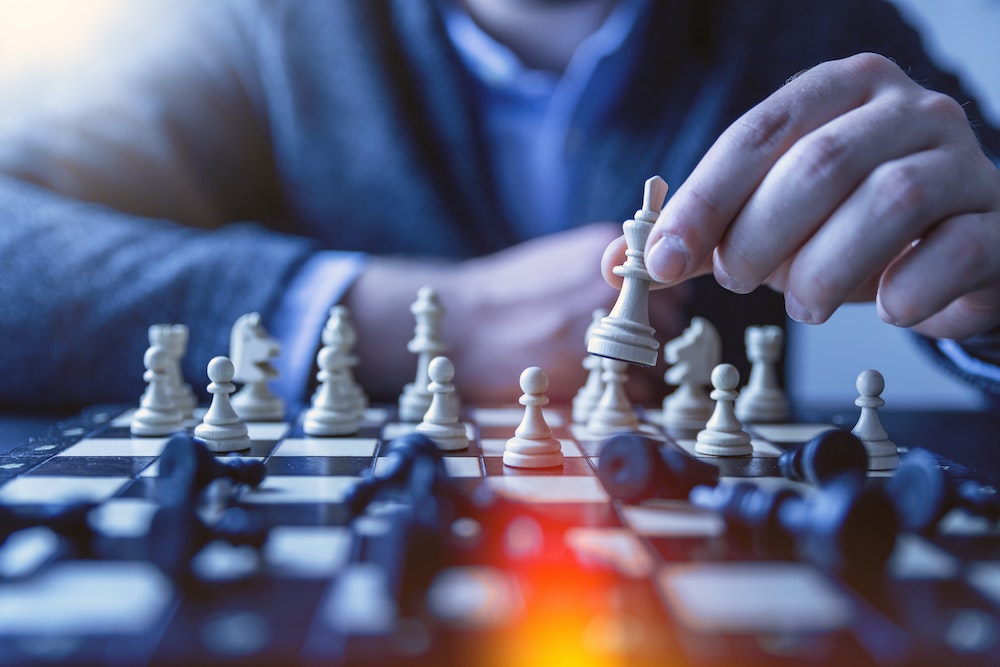 Things changed when I moved to the US for my graduate studies in the early 2000s. The world of the internet opened up for me. I got introduced to online chess on Yahoo! Games. Not surprisingly, I lost most of the games. But a playing partner was a click away. My apartment mate at that time had prepared for competitive chess and taught me some common mental models (Don’t leave a lane open, control the center, etc).

In 2005, I made my biggest investment in learning Chess - I bought Fritz engine CD along with Kasparov’s course on Queen’s Gambit Declined. I had no idea about openings, much less about how to analyze games. And over the next few months, I studied Queen’s Gambit Declined opening line. For the very first time, I learned how GrandMasters think and play. It was pure nerdgasm.

A big challenge with Fritz was that there was no way to make it play at my level. I wanted to understand what kind of mistakes people who play at my level do, and how to fix it. But Fritz played only at a GM level. It did have some options to cripple its strength - but it was terrible. For eg: in a position of strength, it will sacrifice the queen. I improved but was still mediocre. I rarely played much for the next 8 years.

About 5 years ago, I discovered two amazing products - that positively impacted my chess-playing ability. One was Lichess, an online site to play chess. The experience here was significantly superior to the incumbent chess.com. And the other was Stockfish, an open-source chess engine. Stockfish had solved my biggest gripe with Fritz - a realistic play by a slightly superior player than I. And so, I went about learning it better this time around. In no particular order, the following helped:

I started playing games that had 10 minutes(or more) per player. I wrote down every single move. Both mine and the opponents. I also made it a point to remember why I made that move. What was I thinking?

Lichess has native stockfish integration and allows you to analyze the game. I ran the engine and analyzed my mistakes. Lichess also allows you to play the alternate line for a few moves. That helped me visually see where my thinking on the moves-ahead went astray. Lichess categorizes errors into three buckets - inaccuracies, mistakes, blunders. My goal and metrics are to avoid blunders and reduce mistakes. I am still not good at reducing inaccuracies.

Ok - two. One for white. Two for black. I told you earlier that I didn’t know the opening theory. Right? That’s true even now. My experience is that opening matters far less if you aren’t playing to be a GM. I always play Queen’s Gambit (d4 followed by c4) when I play white. Once you play enough times, you will know the typical variations that opponent could respond with. When I play black, if the opponent starts with d4, then I play Queen’s Gambit line. Well - technically the name of the opening changes depending on what white plays next: but I stick to the same set of first few moves. I learned and play Sicilian defense if White starts with e4.

I am still no good in this - but learning tradeoffs and strategies to win in the end game is where I spend a lot of time. Every good Chess master will tell you that the first thing you should learn is the endgame. It helps you learn to calculate - an extremely critical skill.

Puzzles are what motivated me to learn chess. Puzzles are addictive and provide a quick high. Lichess has an amazing selection of puzzles. But, over the years of playing, I’ve come to realize that the learnings from puzzles quickly plateau off. A typical puzzle is a mate in 2 or mate in 3. You know that there is a (non) obvious sac (sacrifice) that should get you the win. The problem is, in real play, no one will pause you at that board position and tell you that there is a mate in 2. So, positional analysis is something that you should get good at. Puzzles, unfortunately, don’t go much further along that path.

Instead of puzzles, the biggest learning for me has come from watching Grandmaster games. Kibitzing is the practice of making comments on a chess game. Post-mortem of the game. Many grandmasters and chess experts kibitz on famous games. Read the analysis to understand what the experts say about the specific line and learn to internalize it. These days, there are several great youtube channels. Heck - Magnus Carlsen is on YouTube.

Learn from GM games: take a side

For a deeper study, I tried doing this: On a game that has good kibitz - I take one side. I replay the game until say move 10 or 15. Then, I think what move should be played: I play - and I check what move was played. And I play the opponent’s move. Rinse. Repeat. The impact was immense. But it was very time consuming and I was clearly out of my league. If there is one thing I wish I had done more, it will be this.

Over time, once I got better, I started playing rapid games. And these days, I only play rapid games. I still analyze most of my games. I am not as good at rapid games as I am at longer timed games - but I now understand my limitations better and enjoy the game.

I learned not to neglect mental and physical health. Chess puts serious pressure on mental thinking. Having a clear head is very important. And contrary to the belief that chess is just a mind game, I’ve seen myself perspiring and heartbeats racing during games. I believe that if you are not in great physical and mental shape, improving in chess is probably extremely hard. As I worked on improving my physical and mental shape, I saw myself getting better at playing chess.

Blindfold matches are where the players play without a chessboard. They just tell the moves - and for someone watching it, its pure magic. Unfortunately, my visual imagination is terrible and I could never play a blindfold match.

I believe Chess is a skill and can be mastered. Maybe, one needs to have something special to become a GM. Maybe not. But to be good and enjoy playing chess - it is defintely achievable.

I thought I will steer away from telling how much I improved in the game - but then - why not? Over 3 years, I improved my ratings by about 800 to 1000 points.

Motivation to writing this article

I read this thread at the start of the year and I could relate to it a lot. The author shares his journey to get better at Table Tennis.